A Killer High
Heroin is sweeping the suburbs of Minneapolis and Chicago, redefining “junkie” and taking lives along the way.

He was bright, athletic and good-looking — even a bit of a ladies’ man. He drank on the weekends and smoked marijuana in high school, but his mother, Felicia Miceli, wasn’t worried: Teenagers experiment; she didn’t expect it to develop into a dangerous habit.

But when Louie and his teammates got injured time and time again on the football field, they began sharing prescription pills in the locker room. Eventually those pills found their way out of the locker room. And what he never expected to happen eventually did: He became an addict.

“He couldn’t believe he got addicted,” Miceli said. “He would say, ‘Mom, can you believe this happened to me?’”

Louie landed in rehab twice and beat the habit both times. But on April 7, 2012, after five drug-free months, he overdosed and died. He was 24.

Louie is hardly the first to die from the potent opiate, particularly in recent years. Heroin has been around for over two centuries, but it’s seen a massive resurgence. According to the National Institute on Drug Abuse, nearly 50 percent of prescription painkiller addicts eventually switch to heroin. There’s demand — and the Mexican drug cartels are happy to fulfill it. They know addicts will come back for more. Heroin isn’t like smoking marijuana or doing a line of cocaine. “There isn’t a weekend heroin user,” said Adam Pederson, prevention manager at Minnesota Adult and Teen Challenge. “It’s every day, every moment, you need it in your system.”

The resurrection of heroin has been particularly noticeable in the suburbs, especially around Minneapolis and Chicago. Mexican cartels can count on the large gang population in Chicago to transport the drug across the Midwest using established connections, and Minneapolis has become a prime destination. The price of heroin has dropped and its purity has increased. That dangerous combination has led to a surge in overdose deaths, and today’s addicts defy the classic stereotypes of heroin abuse.

Heroin has long been considered the drug of dirt bags and rock stars. Now that more white, suburban youth are trying the drug — and dying — Miceli said it’s finally getting attention. “I got a phone call from an inner-city lady two weeks ago, and she said, ‘Our kids have been dying forever, but white, suburban people are (just now) taking notice of it; that really frustrates me,’” Miceli said. “I didn’t know about it. But now we are on the same team. It’s not urban against suburban. We’re on the same page. We’re all affected by it.”

Heroin emerged in 1874 when an English chemist synthesized it from morphine in the laboratory, according to the University of Arizona Methamphetamine and Other Illicit Drug Education program. It hit the commercial world in 1898 when Bayer Pharmaceutical Company marketed the drug as an alternative to morphine, a highly addictive opiate. Heroin was later removed from shelves of stores when the makers at Bayer realized it was also highly addictive.

Today, heroin is made from naturally occurring morphine extracted from the seedpod of some types of poppy plants.

After that brief stint in the medicine cabinet, heroin became synonymous with the trashy and strung-out. Miceli clung to that image of heroin until she learned Louie had tried it. “I had thought of heroin as the drug that was reserved for really hard-core users; People that were down and out and back-alley kind of people,” Miceli said.

Sometimes, the addict is the star athlete — like Louie. Sometimes it’s the bookworm or the popular girl. For Dee Lewke, a chemical dependency evaluator at Centegra Health System in the Chicago suburb of Woodstock, the faces of addiction are far more diverse than the bum shooting up in dim alleyways and abandoned buildings.

“What you see in your mind when you say ‘junkie’ is what we would call more late-stage addiction versus early addiction,” Lewke said. “We just had a girl recently die from one of our local high schools. She was beautiful. She had blonde hair, blue eyes; cheerleader. Decent home, great family. Didn’t see it coming, and, you know, again, started with the pills, increased use, led to heroin, led to the needle, and now she’s gone. There is that kind of stigma of what an addict or alcoholic looks like, and it’s really not the case.”

Made for the Market 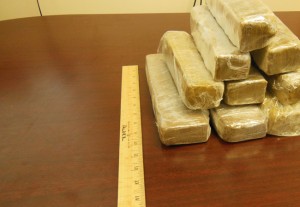 Today, a bag of heroin costs about $10 in Chicago, Lewke said, and due to its high purity, that is enough to last an addict two or three days. That’s a lot cheaper than the $50 to $60 a prescription-painkiller addict might shell out in a single day. The same thing is happening up north in Hennepin County, Minn., home of Minneapolis. “Now, heroin is extremely pure, cheap in price,” said Hennepin County Sheriff Rich Stanek. “It’s made for the marketplace to get people addicted and for people to keep coming back and using it. And every time you use it, you have no idea what the outcome is going to be because of the purity levels, and people are dying or ending up in the emergency room at the very least.”

In the Twin Cities, this fear is particularly grave. The heroin in Minneapolis and St. Paul is among the highest purity in the nation, according to the Minnesota Department of Human Services. The Drug Enforcement Administration reported in 2011 that the heroin in Minneapolis had the highest purity of any city monitored by the Heroin Domestic Monitor Program (HDMP). That study also reported that Minneapolis also had the lowest price per milligram of pure heroin of any HDMP city.

The purity, which can exceed 90 percent, yields a powerful high and high danger to match. Unlike popping a Vicodin or Oxycontin pill from a bottle tucked in the medicine cabinet, uncertainty is the only guarantee with heroin. “When it’s something that’s not regulated in any way, you don’t know what you’re getting, what it’s laced with, how strong it is,” said Amanda Klinger, a clinical psychologist at Hazelden Addiction Treatment Center in the Minneapolis suburb of Plymouth. “Someone might get a batch of heroin and use their regular amount but because it’s more pure, because it’s more potent, an amount they might normally use, they might overdose.”

Heroin creates a high by binding to the receptors in the brain that control feelings of contentment and wellbeing, according to the National Health Institute. Users feel a rush, as well as flushed skin, dry mouth and the sensation of heavy arms and legs. Addiction is almost instantaneous.

With each high, they could do just that.

The trend is hitting Minneapolis and Chicago especially hard. Deaths from heroin overdose increased 700 percent in three years in Hennepin County — from eight in 2010 to 56 in 2013. In DuPage County, which includes the Chicago suburbs of Naperville and Wheaton, heroin deaths increased from 29 in 2010 to 46 in 2013.

The deadly trend can often be traced back to Mexico, where cartels produce the drug in bulk. Dan Moren, a DEA assistant special agent in Minneapolis, said cartels can afford to make big batches of heroin because there’s already an existing market for it — and a guarantee that market will grow. Besides their existing heroin-addict clientele, cartel members can bank on prescription-painkiller addicts eventually switching to the cheaper, stronger opiate. With that market growing, cartel members can afford to transport heroin in bulk, too. And when it arrives in such a state, Moren said it’s less likely to have been tampered with or mixed with another drug or substance; that means higher purity.

Chicago acts as the Midwestern transportation hub for heroin, thanks to its gang population. “There’s a number of Chicago-based gangs, so one route of the heroin is to various ports of the southwest border to Chicago for redistribution within the Midwest,” Moren said. When the drug arrives from Mexico, gang members distribute it using established connections across the Midwest. “We see more [heroin] coming to Minnesota from Chicago and the gang contacts,” Moren added.

New Ways to Get High

Decades ago, a junkie heated the liquid heroin in a spoon, tied off an arm with a tourniquet and injected it. Today’s high-purity heroin allows users to smoke, snort, ingest or inject it, eradicating the ugly stigma of ‘track marks’ from repeated needle punctures. Lewke has seen heroin shift from an off-limits drug to an acceptable substance, to the point that people treat it like candy.

“Heroin used to be kind of a taboo drug,” Lewke said. “It used to be nobody would ever consider trying heroin. Today, it’s like, you know, Reese’s Peanut Butter Cups. It’s equally as dangerous, if not more dangerous, than it was, based on the purity. However, it’s like the fear of it is gone. There’s no more fear of heroin.”

The connotation of heroin has a disturbing dichotomy, though. While fear of the drug is dissipating, the fear of talking about heroin addiction lingers, presenting a whole new problem — and motivation — for Miceli. It’s a problem she experienced with painful clarity after her son’s death.

Whispers pervaded Louie’s wake in 2012, as mourners tiptoed around the harsh reality of his death. For Louie’s friends and family, his overdose was reason for silence and shame. For Miceli, it was reason for speaking out. Before another mourner could utter a word, she did something about it.

“Even at his wake, people were whispering. I got up and said it then, ‘My son died of a drug overdose because of one bad decision: trying it the first time. If it’s ever in your past, run like hell.’” 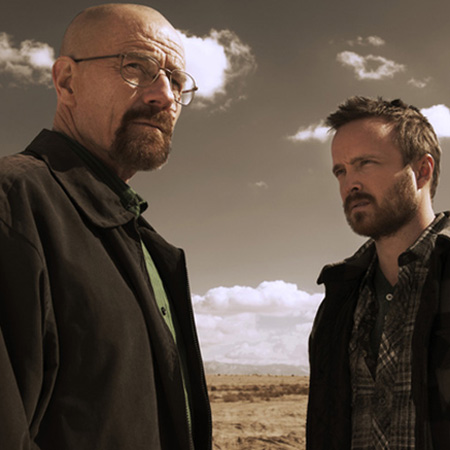 Meth: The Rich History of the Poor Man’s Drug

Methamphetamines are everywhere: on TV, in the news and a constant part of anti-drug campaigns. But the meth outbreak began long ago, thousands of miles away. “There’s not that much that’s new about it, even though people think of it as new,” Nick Reding, author of Methland, said. His book discusses the influence of the drug in small-town America. “It’s a drug that’s perfectly suited for the American cultural norms of success.” From military to medicinal purposes, learn how the use of meth evolved from an asthma treatment to a Midwest epidemic…